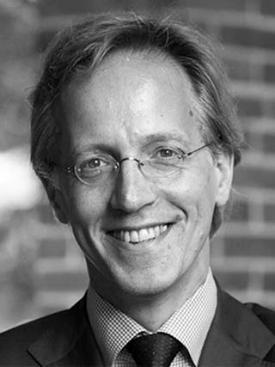 Dr. Robbert Dijkgraaf is a mathematical physicist and string theorist currently serving as the Director and Leon Levy Professor of the Institute for Advanced Study in Princeton, N.J. Prior to joining the Institute, Dr. Dijkgraaf served as president of the Royal Netherlands Academy of Arts and Sciences; he also remains a distinguished professor of mathematical physics at the University of Amsterdam. In 2003, Dr. Dijkgraaf ’s mathematical contributions to string theory earned him the Netherlands Organization for Scientific Research’s Spinoza Prize, the highest scientific award in the Netherlands. An advocate for engaging young people in the hard sciences, Dr. Dijkgraaf has helped to develop curriculum and study materials and has actively involved secondary school students in his research.